11 museums in Rome worth visiting 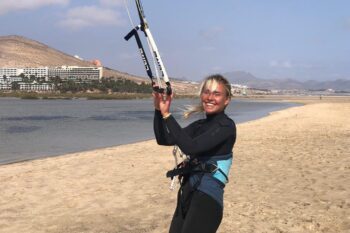 Maja lives on Fuerteventura and is always on the hunt for the perfect wave.

In a nutshell: Our tips on Rome's museums

If you want to know more about the 11 most exciting museums in Rome, then just keep on reading!

The Vatican Museums are a must-see in Rome and are one of Rome’s most popular attractions. You’ve probably heard of Michelangelo’s famous ceiling fresco in the Sistine Chapel or Raphael’s Rooms – both are highlights of the Vatican museums.

With over 1,300 rooms filled with art and antique ornaments there is infinite artwork to be discovered. So you should plan at least 3 hours for your visit.

The Vatican museums are always busy. We recommend you book a ticket online beforehand. In the article linked below we summarized everything else you should know about a visit to the Vatican Museums.

Get your Vatican Museums tickets

The Galleria Borghese is one of the most important private art collections in Rome. Here you can expect sculptures like Bernini’s Apollo and Daphne and paintings of Caravaggio, Leonardo da Vinci, and Rubens.

The building of the Galleria Borghese alone is well worth seeing. In addition to that, we suggest you take a stroll in the Park Villa Borghese and experience the beautiful gardens.

Note: You need to make an online reservation for the Galleria Borghese. You can’t buy tickets at the Galleria itself. Since it is one of the most popular art museums in Rome, we suggest you book your ticket online at least a week in advance. Your visit is limited to a two-hour time slot, as only 180 visitors are allowed into the exhibition at a time.

To the ticket for the Galleria Borghese

The Castel Sant’Angelo is a circular fortress on the banks of the Tiber River. Built over 2,000 years ago as a mausoleum for Emperor Hadrian, it eventually became the residence of the popes.

Today, the Castel Sant’Angelo Museum is considered a cool mix of history and art. You can visit the ancient mausoleum, the burial and treasure chambers, the weapons collections, and the prison. There are also numerous works of art, frescoes, and sculptures on display. And you can enjoy a fantastic 360-degree view over ancient Rome on their roof terrace.

What we find particularly exciting is the secret passage to the Vatican, the Passetto di Borgo. You are allowed to visit, but not allowed to pass through it – although it would be pretty cool to get into the Vatican that way.

To the Castel Sant’Angelo Skip-the-Line-Ticket

Ancient statues and frescoes may be nice, but maybe you would like to visit an exhibition from this century? Then head to MAXXI!

MAXXI was the first museum in Italy to exhibit contemporary art. We also particularly like the mix of classical art, architecture, and design. There’s everything from light installations to modern sculptures.

And the best part: there’s no trace of the typically stiff museum atmosphere! MAXXI relies on interaction and if you’re lucky you can even watch the artists create art.

The building itself is also worth a visit: MAXXI is one of the most futuristic buildings in Rome that was created from old military barracks. Given the construction costs of around 150 million euros, it is not entirely without controversy though.

The Capitoline Museums are also one of the highlights of Rome’s museums. They are located on the Capitol, the smallest hill of Rome, and form the oldest museum in Rome. They were already built in 1471, thanks to a donation made by the Pope. Today, almost six centuries later, they have become one of the largest art collections ever.

The Palazzo dei Conservatori, one of the three buildings, is an absolute must-see. Among other things, you will find the statue of the Capitoline she-wolf, which, according to urban legend, suckles the two founding fathers Romulus and Remus. You will also find the remains of the giant statue of Constantine.

The buildings themselves are absolutely impressive. The Capitol Square was in fact designed by none other than Michelangelo himself.

Centrale Montemartini is truly unique among Rome’s museums. During renovations of the Capitoline Museums in the 1990s, parts of the exhibition were moved to the abandoned electric power station in Ostiense.

Ancient sculptures in the midst of diesel engines? The combination of modern industrial charm and archaeological finds turned out to be so popular that a permanent exhibition was created.

Fact is: if you’re not into dull art museums, then the Centrale Montemartini will definitely surprise you for the better.

At Welcome to Rome you can experience the history of the city in a truly extraordinary way. The whole thing is a kind of multimedia time travel that takes you 2,700 years into the past.

For this you will be guided through a huge 3D projection of Rome for 30 minutes, accompanied by an audio commentary that tells you about the battles, fires and emperors. After that, there are four interactive models of the Roman Forum, St. Peter’s Basilica, Castel Sant’Angelo, and Augustus Forum.

If you’re traveling with kids in Rome who aren’t that into statues and paintings, we highly recommend Welcome to Rome.

Ticket for Welcome to Rome

The National Museum of Rome houses around 300,000 exhibits. There is hardly any other museum in Rome where you can learn as much about art and history. Important to know: the museum is spread over four locations.

Your ticket is valid for one week, so you can visit all the museums at your leisure.

Leonardo da Vinci was a genius of his time and gifted in just about every discipline of the arts and sciences.

The Leonardo da Vinci Experience features 50 of his coolest inventions. Fun fact: touching them is allowed! There’s even the first ever design of a helicopter. We especially like the Mirror Cabinet because da Vinci’s experiments with light also played a role in photography.

Here you can also find da Vinci’s most important works of art such as The Last Supper. These are only replicas though, so the machines are our highlight of the museum.

Our verdict: it’s an exciting museum if you are traveling with children or if it’s just for your inner child.

Galleria Spada is a collection of artworks from the 16th and 17th centuries. It includes some of the greatest artists like Caravaggio, Titian and Dürer.

With only three rooms, the museum is still considered an insider tip among Rome’s museums. It’s perfect if you want to enjoy some art but find the size and crowds at the Vatican Museums too overwhelming.

The masterpiece here, however, is not a painting, but the portico in the courtyard. An optical illusion by the architect Borromini makes the corridor, which is just nine meters long, seem almost infinite.

The stadium of Domitian

Piazza Navona is one of the most popular squares in Rome – many exciting tours of Rome start here. But what only few people know: about four meters underground are the remains of the ancient athletics stadium of Emperor Domitian. Where boutiques and ice cream parlors line up today, some 30,000 spectators cheered on the athletes.

Videos and 3D reconstructions give you a good idea of the ancient stadium.

Admittedly, Domitian’s stadium can’t compete with the Colosseum and its gladiator fights. But at least it’s not as overrun by tourist crowds, and in our opinion it’s a cool Rome insider tip! Because it’s located underground, it is also ideal for rainy days.

Guided underground tour with the stadium of Domitian

Extra tip: Save money with a Rome Pass 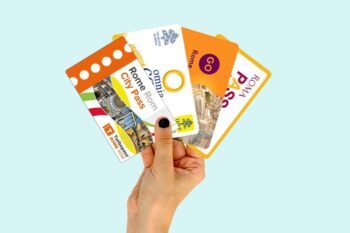 There are special City Passes for tourists in Rome that offer reduced or even free admission to many attractions. Among them are many of the museums from our list, such as the Vatican Museums or Castel Sant’Angelo.

In a city like Rome, where you do a lot of sightseeing, a City Pass will always be worthwhile.

However, there are many different kinds for Rome, and we don’t want to recommend just any one. After all, choosing the right City Pass depends on what you have planned. Just check out the article linked below to find out which City Pass suits you best.

Do you know of any more cool museums in Rome?

These were our tips for the 11 most amazing museums in Rome. Have you ever been to Rome and discovered a really great museum? Tell us more about it in the comments, we would love to hear from you!

Read all our posts about Rome:

All our Rome posts