You already know the sights of Rome and you want to explore Rome off the beaten path now? In this article you will find our most exciting Rome hidden gems and insider tips, which hardly any tourists know about.

Your trust is really important to us: This post contains so-called affiliate links. 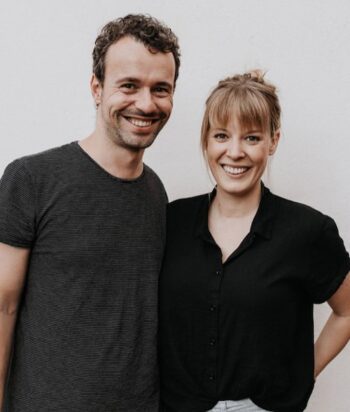 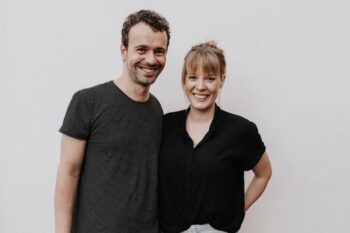 We’re head over heels in love with photography and traveling. On our travel blog, we share useful travel tips and give you practical photography advice.

We’re head over heels in love with photography and traveling. We turned our shared passion into our profession and have been at home everywhere in the world ever since. On 22places we share everything about our travels: with a lot of attention for details, inspirational, authentic, and above all: always honest. On our travel blog, we share useful travel tips and give you practical photography advice.

Even though Rome is visited by millions of people every year, there are still many corners of the city that are overlooked by visitors.

That’s not surprising, as the well-known sights of Rome are so numerous that there is hardly any time left for the highlights off the tourist trails.

So, if you want to see the attractions that all Romans but only few tourists know about, here are 11 real hidden gems of Rome.

Just a short walk from Termini central station is the student district San Lorenzo and the University of Rome. Especially in the evenings and at night there is always something going on.

Along the streets of San Lorenzo there are huge house walls covered with street art and around the Piazza dell’Immacolata there are countless bars and restaurants with much cheaper prices than in the nearby old town.

In San Lorenzo’s piazzas there is always an event, party or gallery opening somewhere. So you should definitely visit San Lorenzo for at least one evening: or book your hotel here!

Every Sunday between 9am and 2pm, the Mercato di Porta Portese flea market takes place in the Monteverde neighborhood.

The market stretches over several streets: On Via Portuense you will mainly find fashion and accessories, whereas on Via Ippolito Nievo you will mostly find antique furniture. On Via Clivio Portuense you can shop for bicycles as well as car and motorcycle accessories.

So it’s definitely worth taking a stroll, because the selection is huge!

Like at any flea market, the best deals can be made two times a day: come either early in the morning when it opens to have the biggest selection, or right before closing as you can bargain the price more easily.

In a quiet area of Rome, not far from the center on the Aventine Hill, there is a large iron gate belonging to the villa of the Order of Malta.

What makes this gate so special is its keyhole: if you look through it, you have a perfect view of the dome of St. Peter’s Basilica, framed by the hedges of the garden on the other side of the gate.

Unfortunately, the keyhole is no longer a real insider’s tip and you will always find a line of people wanting to look through it.

It’s still definitely worth it though, especially if you have a camera with a good telephoto lens!

Our tip: The most beautiful view is at sunset or sunrise. If you’re lucky, you may not even have to wait in line if you go at sunrise.

Where the train tracks between Vatican City and the Kingdom of Italy once were, one of Rome’s least known promenades is located today.

The Passeggiata del Gelsomino, translated as Jasmine Promenade, is an elevated pedestrian walkway of about one kilometer between the Vatican train station and San Pietro station.

The name comes from the fact that countless jasmine flowers bloom here in spring, beguiling strollers with their scent.

From the promenade you have a slightly different view of St. Peter’s Basilica. It is rarely crowded up here, because the small promenade is still a real insider tip in Rome.

You can find the entrance at San Pietro station on platform 1, it is also signposted.

Our tip: If you are traveling in Rome with children and are strolling along the Passaggiata, you should visit the children’s farm Fattorrietta – a little gem in the middle of the city.

The Pigneto neighborhood was once considered run-down, but in recent years gentrification has taken hold here as well.

Much like San Lorenzo, this neighborhood is also located near the university and is multicultural, alternative and full of independent bookstores, cultural centers, street art, LGBTQ bars and vintage stores.

Definitely worth seeing is the former industrial site Ex Snia. The area has been occupied by a leftist movement for years and many kinds of events and activities take place here. Especially if you love street art, you should stop by the Ex Snia!

Similar to Berlin, there are a lot of Lost Places in Rome. Perhaps the most striking example is the Gazometro, Rome’s former gasometer. When it was still in operation, it was the largest gasometer in Europe.

Today, it’s a giant abandoned skeletal structure on the banks of the Tiber River, surrounded by colorful streetart. You can’t enter the grounds, but the view from below of the roughly 90-meter-high and 60-meter-wide frame is still very impressive.

To prevent the former Montemartini Electricity Plant from becoming just another industrial ruin of Rome, the city has come up with something great: an exhibition of statues and busts of Ancient Rome in the E Plant’s machine hall.

The white marble artworks, which would otherwise just gather dust in the depot of the Capitoline Museums due to lack of space in the museum, are displayed here among diesel engines, dial gauges and turbines.

And although the old machines and white sculptures come from completely different eras and don’t actually have anything at all in common, all the objects in the hall form a fascinating harmony.

The Lanificio, in English woolen mill, is also a former factory, but has been converted into a cool cultural center.

On about 3500 square meters you will find a stylish restaurant and bar with a rooftop terrace, deck chairs and live music. There is also a concert hall for the winter and a showroom for local handicrafts, where workshops also take place.

The building is rather inconspicuous and run-down from the outside, which makes the surprise upon entering all the greater.

The rooftop bar is open daily from 6 p.m. to 2 a.m. from May to September, and moves indoors in the winter.

The Lanificio is located just outside the city center and you can best reach it by bus or car.

And the ice cream is really incredibly good. The Fassi family has been making its famous ice cream here since 1880, also making it one of the oldest ice cream parlors in Italy.

Compared to the ice cream parlors in the touristy streets of Rome, prices are very fair here: a large ice cream cone with three scoops costs only 3 euros.

The typical Roman way to cool down on a hot summer’s day is called grattachecca. This is ice cream scraped from a block of ice, and then doused with syrup of your choice. There is always a large variety: anything from mint to lemon, melon or almond milk.

It is usually topped with pieces of fruit, coconut flakes or raspberries.

In summer, it’s the perfect alternative to ice cream in a cone and absolutely typical of Rome!

Grattachecca is available at special kiosks that can be found all over the city. The most famous and oldest is La Fonte d’Oro in Rome’s most beautiful neighborhood Trastevere, which has been around since 1913.

Also very famous is the Grattachecca by Sora Mirella, also in Trastevere.

A true Roman institution and known far beyond the city limits is the restaurant La Parolaccia, in English the swear word.

If you stop by here and speak some Italian, you’ll need to bring a thick skin, because the service includes personal insults and vulgar expressions of the Roman dialect.

For example, while you’re being served your pasta, a snide remark might be made about your appearance, or the waiter might make fun of you loudly in some other way. It’s all part of the restaurant’s concept.

In between there is singing, jokes are cracked and dances are performed.

But even if you don’t speak any Italian, the restaurant is still an experience. And you’ll be immune to the waiters’ swearing anyway.

These were our 11 real Rome hidden gems

Do you have more exciting tips for Rome off the beaten track? Or do you know one of our insider tips from Rome and want to tell us about your experiences? Leave us a comment!